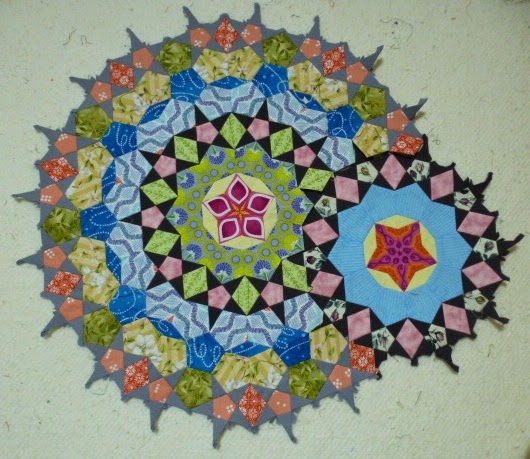 I have the second of my La Passacaglia rosettes finished and up on the wall. The first one is sitting in where it will eventually be sewn. Then, I went and started the third. 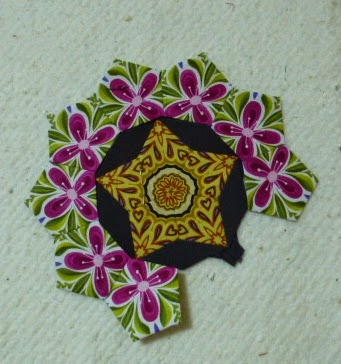 Part of the fun with this project is actually rooting through all the fabrics, and choosing which one to use where, and doing the fussy cutting to see what kind of an effect it will produce. I have some fun Kona solid colours coming in the next day or two, which I think will add even more interest to them. I'll use them in the star points. Now that the second rosette is done, I can count that fabric as used. I'm just giving every piece in it a value of a two inch square. Some of the pieces are bigger than that, but some are also smaller. It will even out and give at least an idea of the amounts used.

I'm linking up to Judy's Fabric report and Kathy's Slow Sunday Stitching and also to WIPs be Done, although this WIP of mine will not be done any time soon, at all.
Posted by Cathy at 18:39