Slow progress is progress, right? That’s what slow stitching is all about..... taking time to enjoy the process rather than just rushing though. I’m working on knitting my franken-socks and my sweater. I have one sock finished. I thought I’d post a picture of the sock and the 3 yarns I’m using. 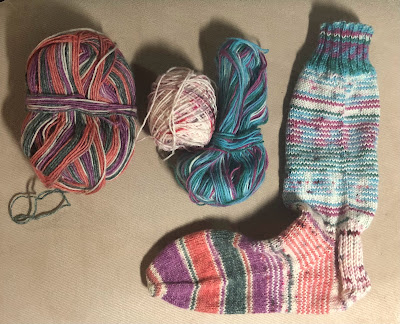 Even if it isn’t the prettiest pair of socks I’ve ever made, they will  still keep my feet warm and cozy. Way back when we first started our english paper piecing  business that we have since sold, I bought a digital scale so we could weight our products for shipping. We kept the scale and it is sensitive enough to be able to weight yarn. I’m able to take my leftover yarns and weigh them and then divide them up to get accurate amounts for the 2 socks.

I’ve made some progress on my new sweater as well. I’m on round 23 of the first yoke chart. 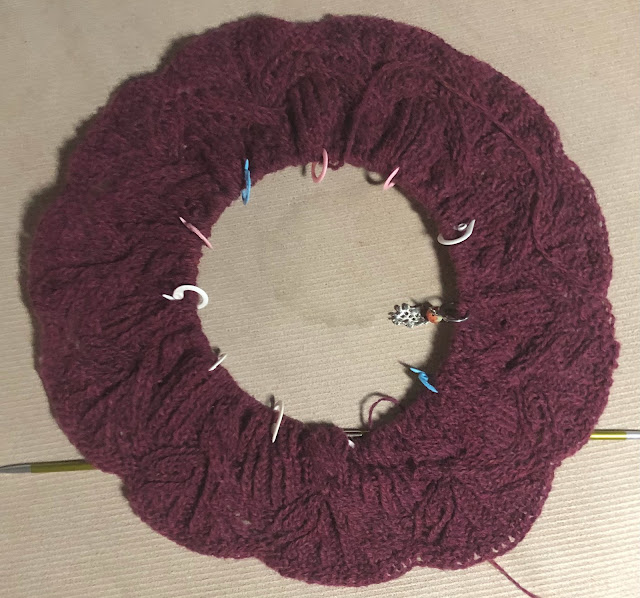 It’s turning out as pretty as I hoped it would.

And finally, I have a UFO finish. This started its life in 2014 as a rainbow scrap challenge. It was intended then to be a full sized quilt. However it stalled out and sat in its zip lock bag for 7 years. In that time so much has changed, and the need and ability to make full sized quilts no longer exists. So it is finishing its life as a lap quilt that will be donated to the Prayers and Squares group. 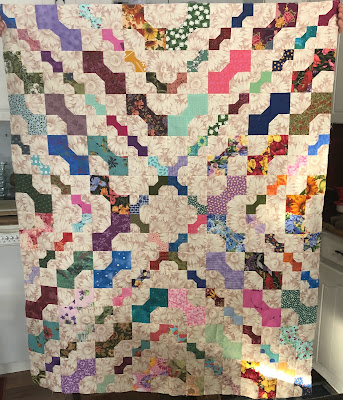 There are still 24 six inch bow ties left that need to become something. I just thought..... maybe a table topper. I never used to make those but now I’m finding I like them. Yep that’s it, that’s  what I’ll do and then they are completely used up.

I just checked the date of my last post and discovered that it was a month ago. WOW! I knew it had been a while, but not that long. I wish I could say I’ve been busy and have lots to show.... alas that is not the case. The opposite is true, hence the lack of posts. I’m running out of sock yarn leftovers, and so am working on the last of my “frankensocks”. This one will have 3 different yarns in it. I’ve got the top part done, using 2 different yarns and alternating the yarn every other row, similar to doing a fade type sweater.  The third yarn will be worked into the foot in the same way until I run out of the light yarn. 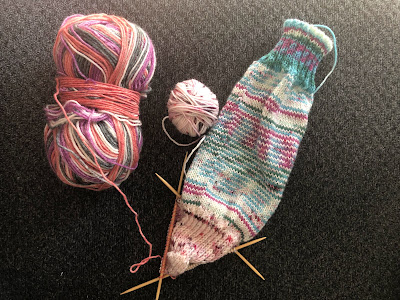 I did start a new sweater but have very little progress to show on it yet. It’s another of Valentina Bogdonova’s designs called Ariya that has the very complex lace and cable charts for the yoke. At least this one doesn’t also go all the way down the sleeves. 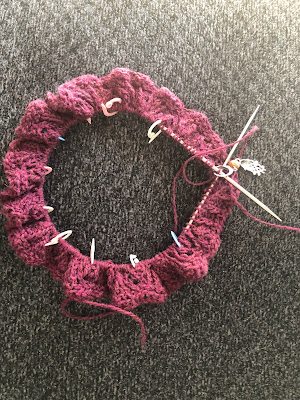 I can only work on this when my concentration levels are good.

I also picked up my cross stitching again and made a little bit of progress. When I last showed it I was here. 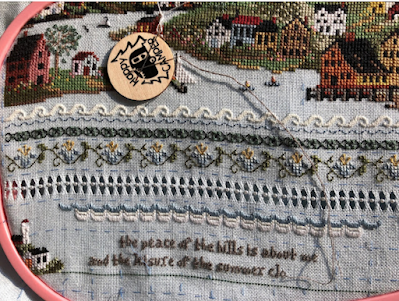 Now I have the lettering done and have started on the second lighthouse. 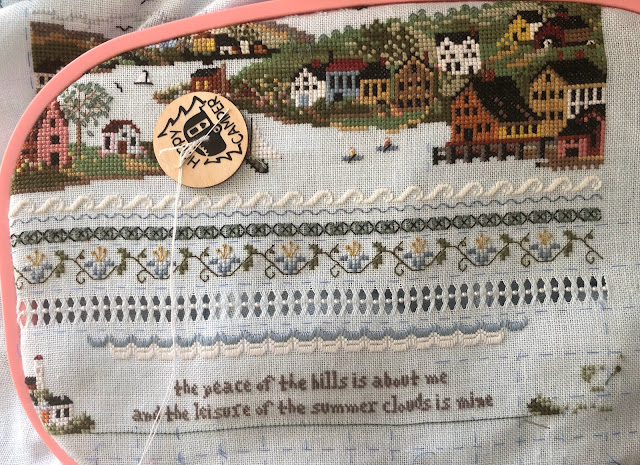 It is bright and clear and cold out here today. There was a clear cloudless sky last night. The moon was so bright that the trees were casting shadows. The sun is so bright today that it is melting some of the snow on our deck, even though it is -16C out there. Where it has melted there is fog coming off it, just in small amounts and not enough  to be able to capture on film. 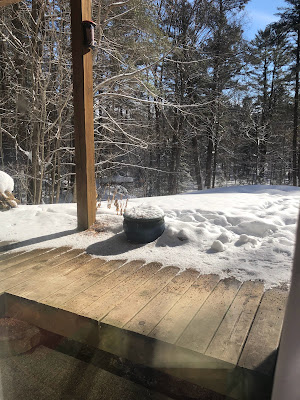 Just enough to be able to sit and marvel. We have some bird feeders out and are getting regular visits from blue jays, chickadees, nut hatches, gold finches in their winter colours and slate coloured dark eyed juncos.

A group of friends and I are doing a UFO challenge. Last month I managed to get my UFO which was a temperature quilt started in 2020 all the way to having the quilting finished. 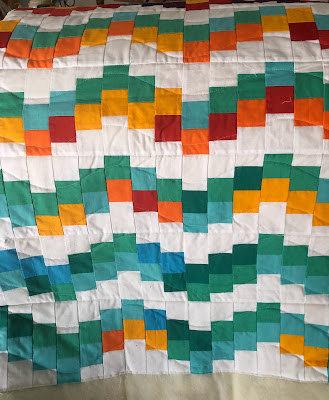 Now it waits to be trimmed and bound. I found a fabulous fabric in my stash that was just waiting for its perfect use. 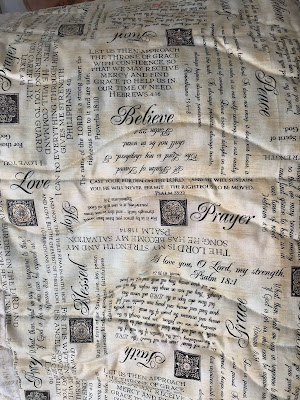 I couldn’t bring myself to cut it up into small pieces.

This month’s UFO is some very old bow tie blocks. According to this blog I started them in January of 2014 and did some monthly for a while during the Rainbow scrap challenge that year. Sometime during that year they got left by the wayside and languished in their bag until I dragged them out this month. 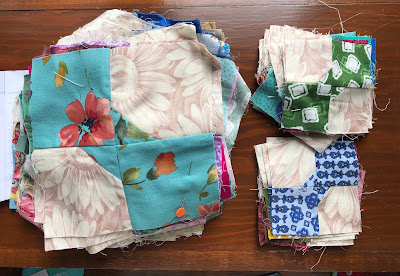 I am going to work with what I have and do a small 48x60 lap quilt. I think I ended up with 4 colours.... pink, green, bright blue and aqua.

And I think I am now all caught up on the not very much happening in our lives. I am going to link up to Kathy’s Slow Sunday Stitching.