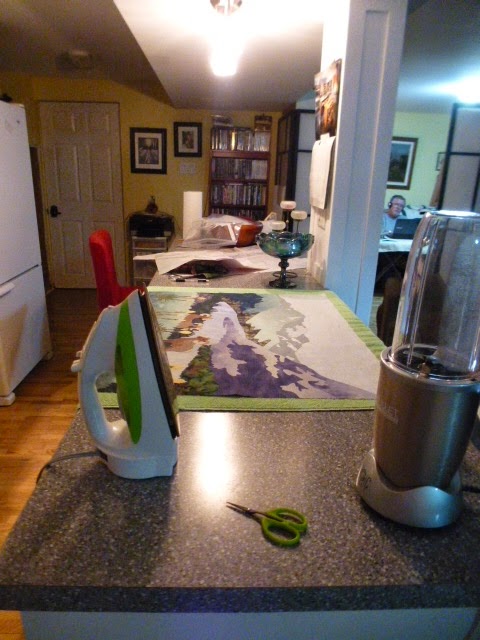 I've staged a semi-hostile take over of the kitchen counter this evening. It's the only place high enough and big enough to be able to spread everything out for tracing and ironing purposes. After quite a few months packed away in the box, I've decided to pull out True Nature, a design by McKenna Ryan. Before tonight, I'd gotten all of the mountains, the mountain sheep and all the water and large foreground pieces done. Tonight, I did up the rocks and the plants in the close foreground. Once I had all those on, I was able to go over the whole thing and give it a good hot press to set everything in place. 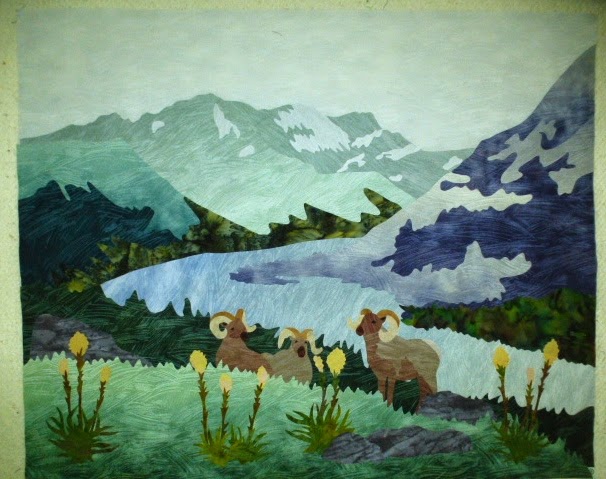 The picture is showing a bit greener and a bit darker than it really is, but it's pretty close. There's still a tree with an osprey nest at the top of it to go on, and the large osprey to make, and save for later. This is the picture of the finished block, taken from the pattern envelope. 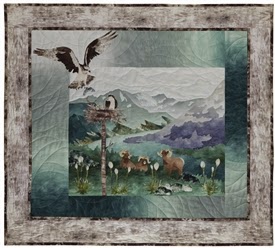 I'm doing the whole quilt, so the osprey will go on once the whole thing is sewn together and the borders are on.  There's still a long way to go, especially since all the feathers in the bird's wings are all traced, fused and cut individually. I'm linking up to the Canadian Needle and Thread Network for work in progress Wednesday and also to WIP's be gone, although this one won't be gone for a very long time. After this, I think I'll take it easy, maybe pull out some knitting and watch the next part of the series The Book Of Negroes.