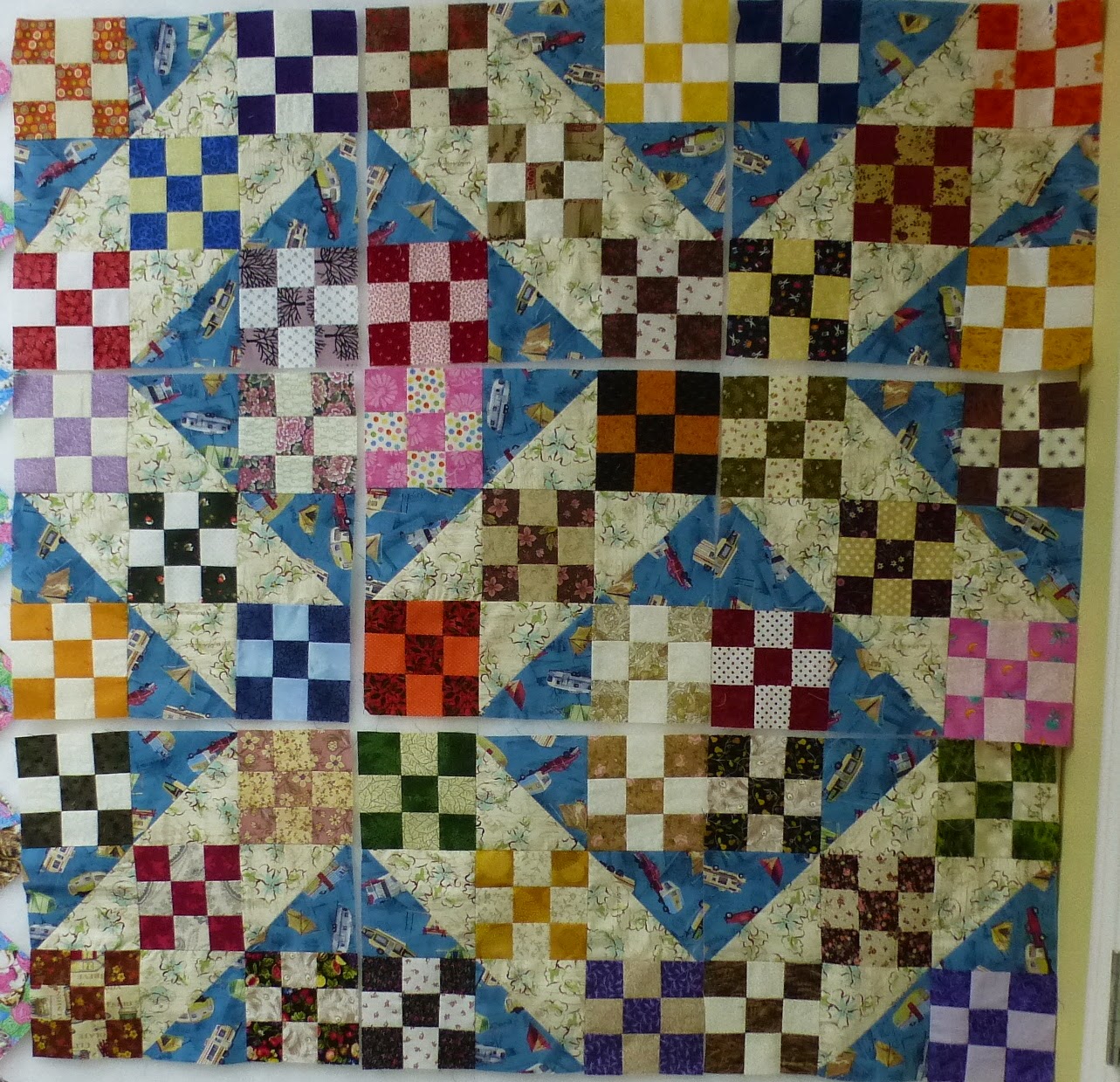 I've made quite a bit of progress on both of the projects I'm currently working on. I made four more of the underground railway blocks, to give me nine now. I think I'm aiming for sixteen, which will give me a square quilt measuring 65 inches, before borders, and will use up 80 of the nine patches. I'm thinking I could do something with the rest of the nine patches for the borders, maybe off set two rows of nine patches to form a checkerboard on the top and bottom and then a single row down the sides so that it's rectangular, rather than square, although I don't mind square quilts. I'll have to let this simmer for a little while yet. I'm working on this one down in the apartment, since it doesn't need a design wall.


I'm working on the Blooming Nine Patch in the upstairs studio, since it needs to stay up on the wall 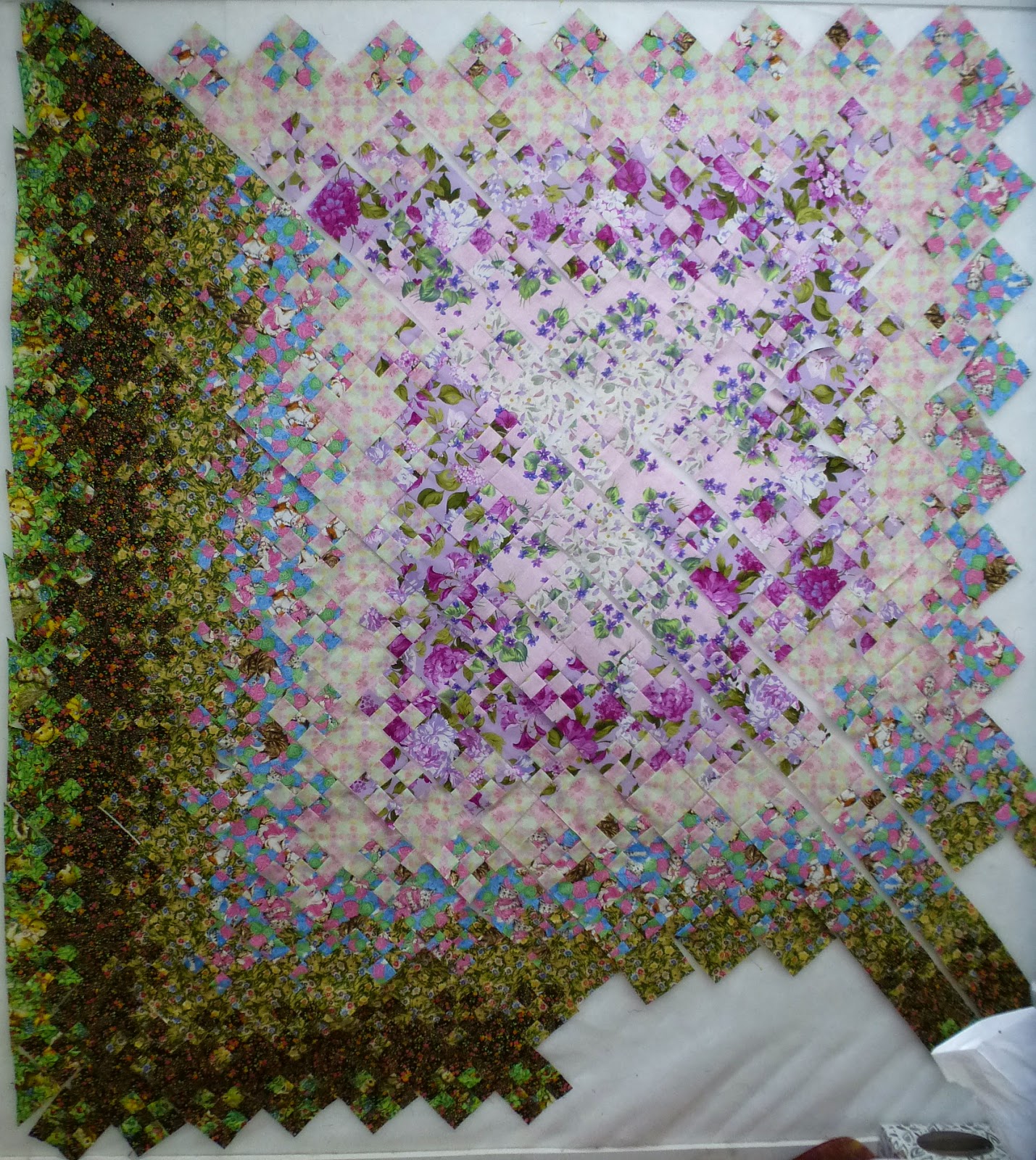 This way I can take the pieces off the wall and sew them in the right order. If I were to bring it downstairs, there isn't anywhere to lay it out, and there would be a huge risk that I'd get the pieces out of order. When I first started adding in those black squares, the first reaction was that I didn't like it. But the more of them I put up, the more I began to really like the effect. It turned it from a little girl's pastel quilt, into a more mature look.
I'm linking up to WIP Wednesday at The Needles and Thread Network, a link up for Canadian bloggers, and also at Freshly Pieced. Then it's time for supper, and some more underground railway blocks. I wonder if I can get the last seven done tonight?