The quilt that didn’t want to get made

Or at least that’s the way it’s seemed. It should have been a fast and easy one, and maybe that’s been the problem. Because I thought it was fast and easy, I haven’t been giving it my full attention while working on it. When I quit a week or two ago, I’d made the mistake of cutting too big, so four of the Disappearing Four Patches that I made didn’t fit with the rest. 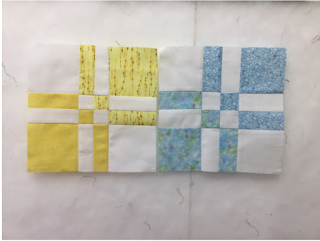 So I decided that today I would start to work on this again and get it finished. I started by recutting al the pieces and sewing up all the four patches. So far so good. I did the cuts through the four patches, the correct size this time..... yippee! 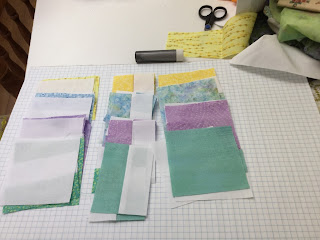 I laid them all out on the wall, checked to make sure that they were orientated right, and then began to sew. Somewhere along the line, I got the blocks turned the wrong way, not once but twice. 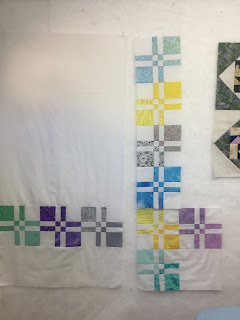 This picture is of the second time. The first time I got the blocks going off to the left turned wrong. There’s been a lot of ripping done! Finally all done and all sewn together. 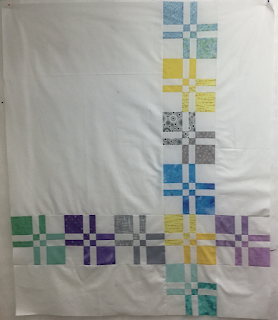 Whew, what a marathon! Now I can start on my large scale floral swap blocks for the last two months of the year. Let’s hope they go easier.