There is still nothing much new on my wall. The same old Texas Chain is still there. The temperature forecast for this coming week is for warmer temperatures, comparatively speaking, so I should be able to spend more time up there and maybe get it further towards done. In the meantime, I've been playing with some scraps, a bit. I started  Sister's Choice variation last year, and have slowly been working on making the blocks......... very slowly. I have six done. After finishing last year's Triple Four Patch quilt for the rainbow scrap challenge, I had all kinds of little 2 inch finished four patches left over. This is what they look like, so far. 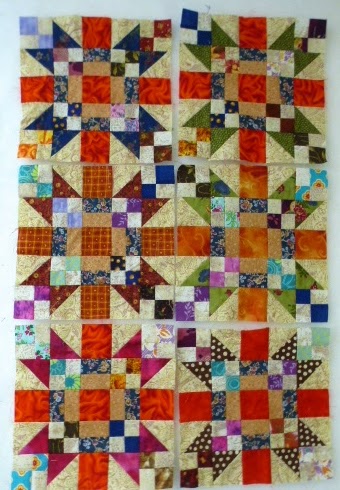 They are a bit brighter in real life. These will use up those 2 inch four patches, as well as a lot of 2 1/2 inch strips for making the triangle squares and the  2 1/2 inch orange squares. I went on an orange fabric kick a while back when I was making Meteor Shower, and now I have all kinds of it left over. So each block is going to have the orange squares in it. I played around in Electric Quilt, and have come up with a setting that I really like. 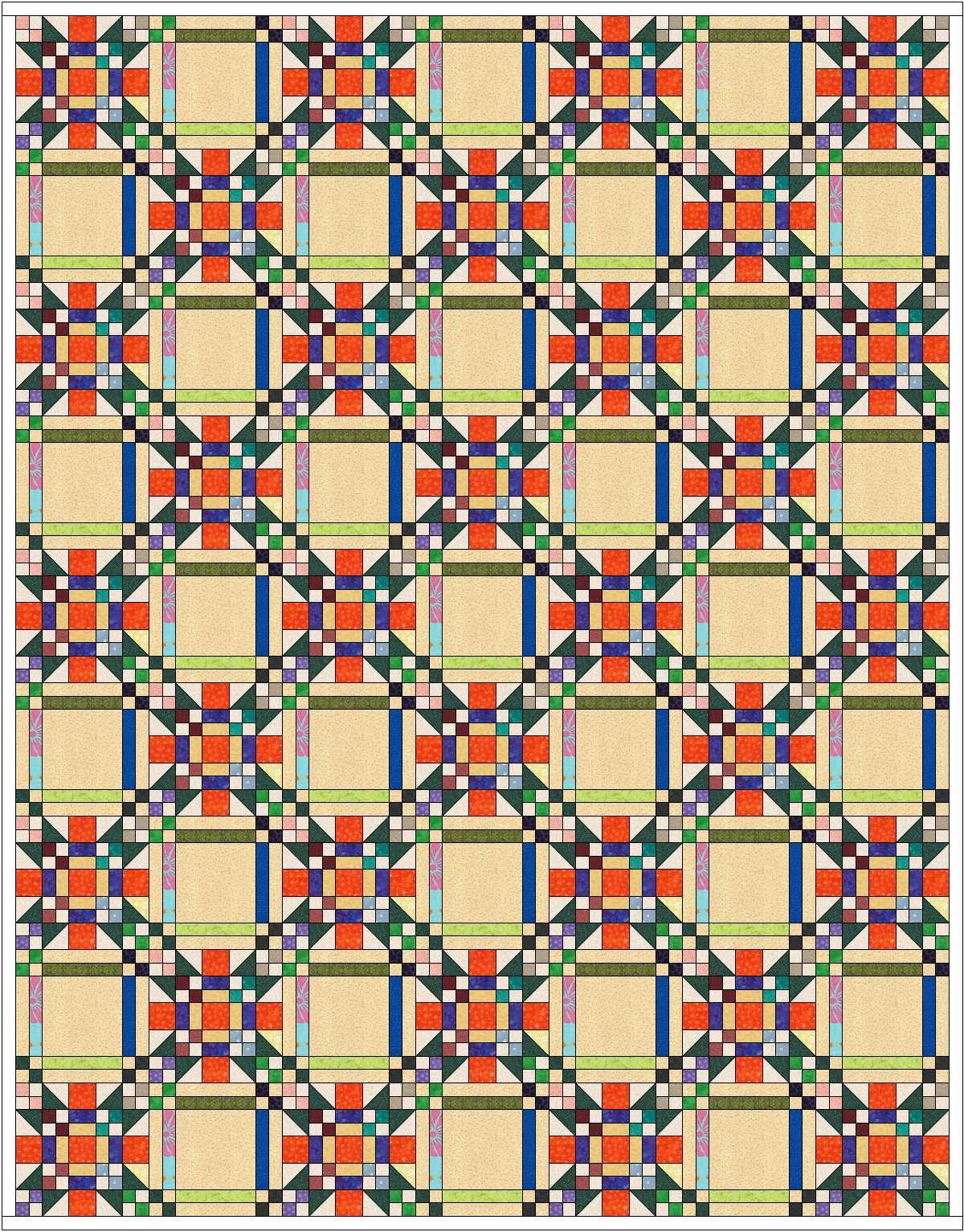 It has the added bonus that it will use up 1 1/2 inch strips for the setting squares. It will be a while before I get that far, though. I haven't figured out borders for it, if any, as of yet. But, there's lots of time before I get that far. I'm linking up to Judy's Design Wall Monday, and then I have some Disappearing Four Patches to make for swapping. I'm several days late. Although, If February wasn't a short month, I'd still be on time....... just. Good thing they go together fast. I'm hoping to get them done tonight, and in the mail tomorrow.