What I’m working on

I have finished the Leftovers Sampler. I took it upstairs into the front hallway to get pictures. It is the only space in the house large enough to be able to spread a quilt out for pictures. I had to do a bit of editing for the colours since it is such a grey and gloomy day out. 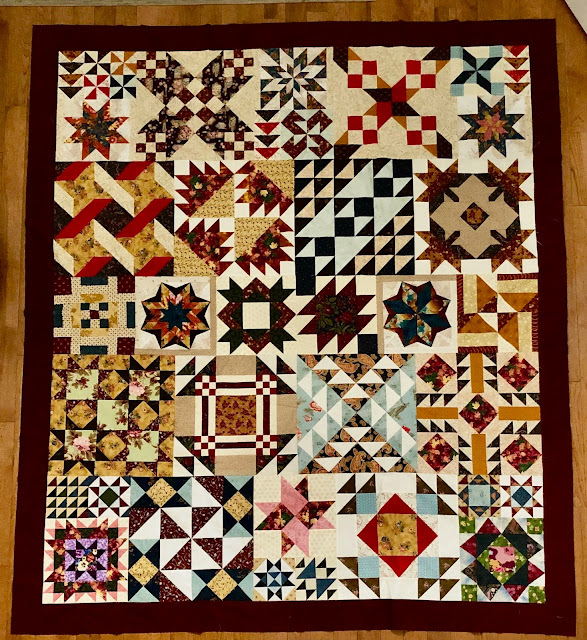 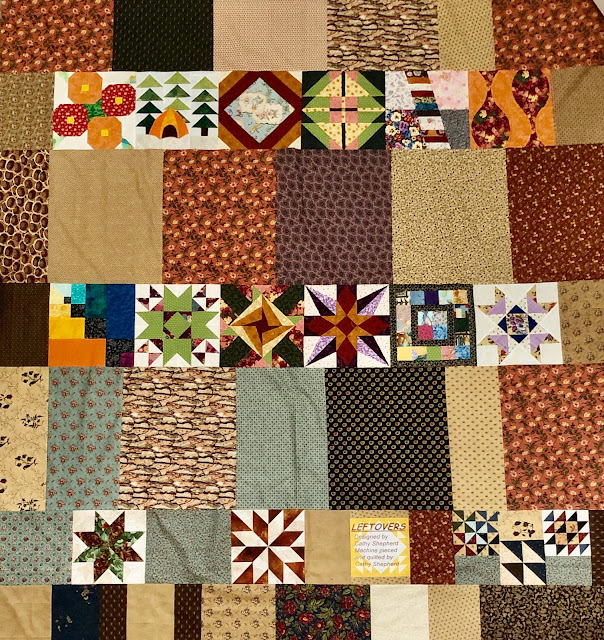 I’ve also been doing a temperature quilt that records in colours the high and low temperature of each day. January and February are done and sewn together.

My friend Susan who lives way out in Alberta sent me some quilt photos on Saturday. One of them was a photo of a New York Beauty quilt. It reminded me that I had started one of those years ago. According to this trusty blog the last time I had it out for photos was in June of 2012. This is what it looked like then. There were 22 blocks at that time. 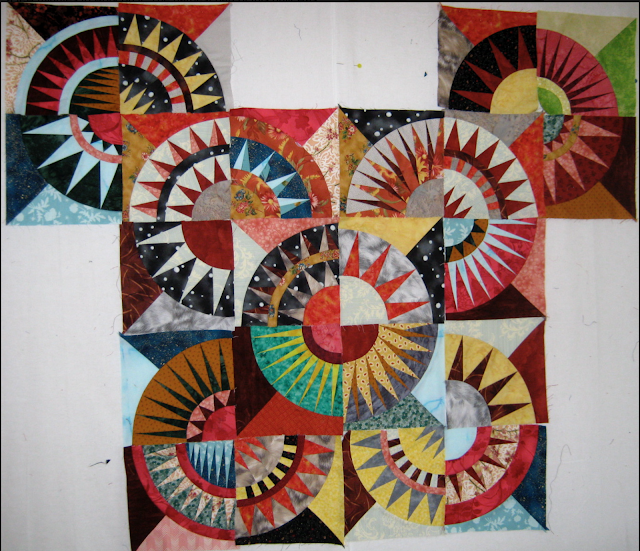 I went digging for the blocks and discovered that I had added more blocks to it since this picture was taken. I counted 27 total. If I want to continue with the layout in this photo, which I really like, I’ll need one more block.

I’m linking up to Monday Making and Design Wall Monday.