Camp Out top is finished 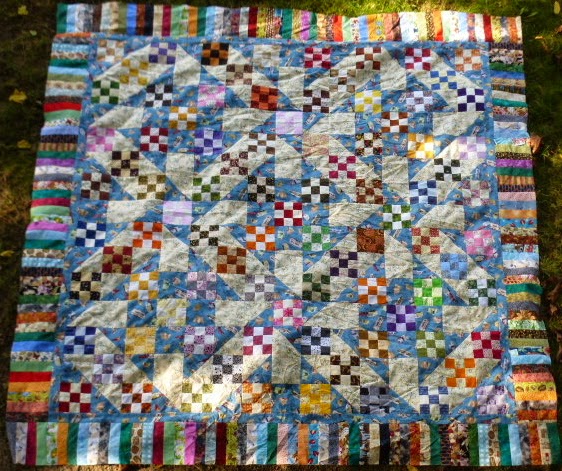 This was September's UFO goal, to get this quilt top done by the end of the month. I missed it by one day, and finished it on October 1st. So, I would say that goal was met. This is such a fun quilt. It used up some of the nine patches received from a guild swap a couple of years ago. I still have a pile of them left, so I need to decide on another use and setting for them. There are too many to use in a pieced backing. The setting fabrics I used in this are as much fun as the nine patches, and are what led to the quilt's name. The blue fabric has tents and trailers and campers on it. 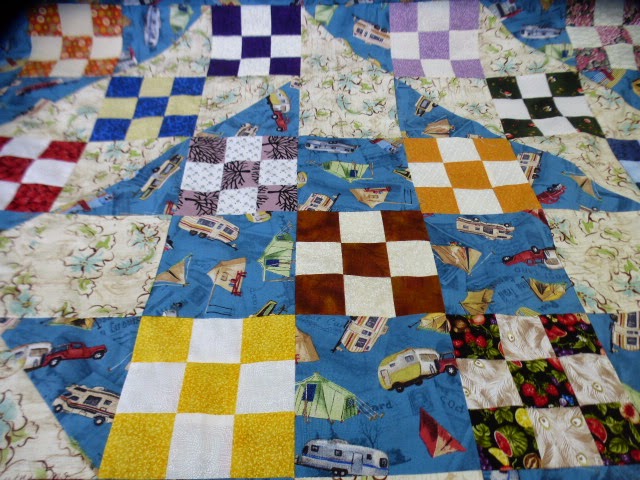 The light fabric was initially chosen because the colour worked with the blue. But now that I see how nice it looks, I think I'm going to try and figure out how to make curtains for our trailer to replace the hated mini blinds that never go up or come down without getting stuck and tangled. And the backing for this is just as much fun..... more campers and trailers. 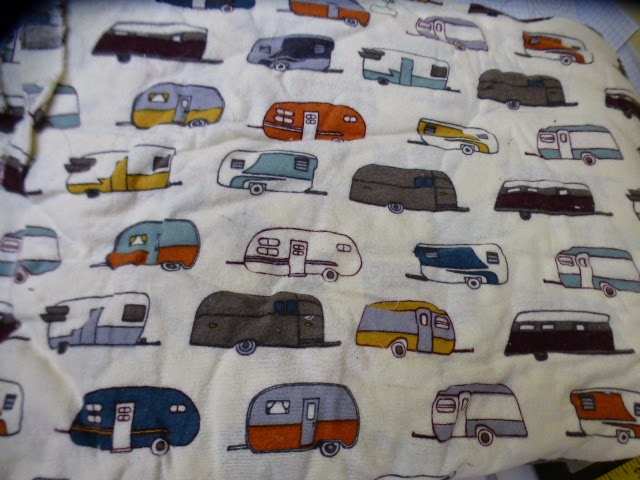 I'm going to quilt this up using a thicker than normal batt, and some bear tracks for the quilting design, to remind us of all the times we've gone into a campgrounds and come across this sign. 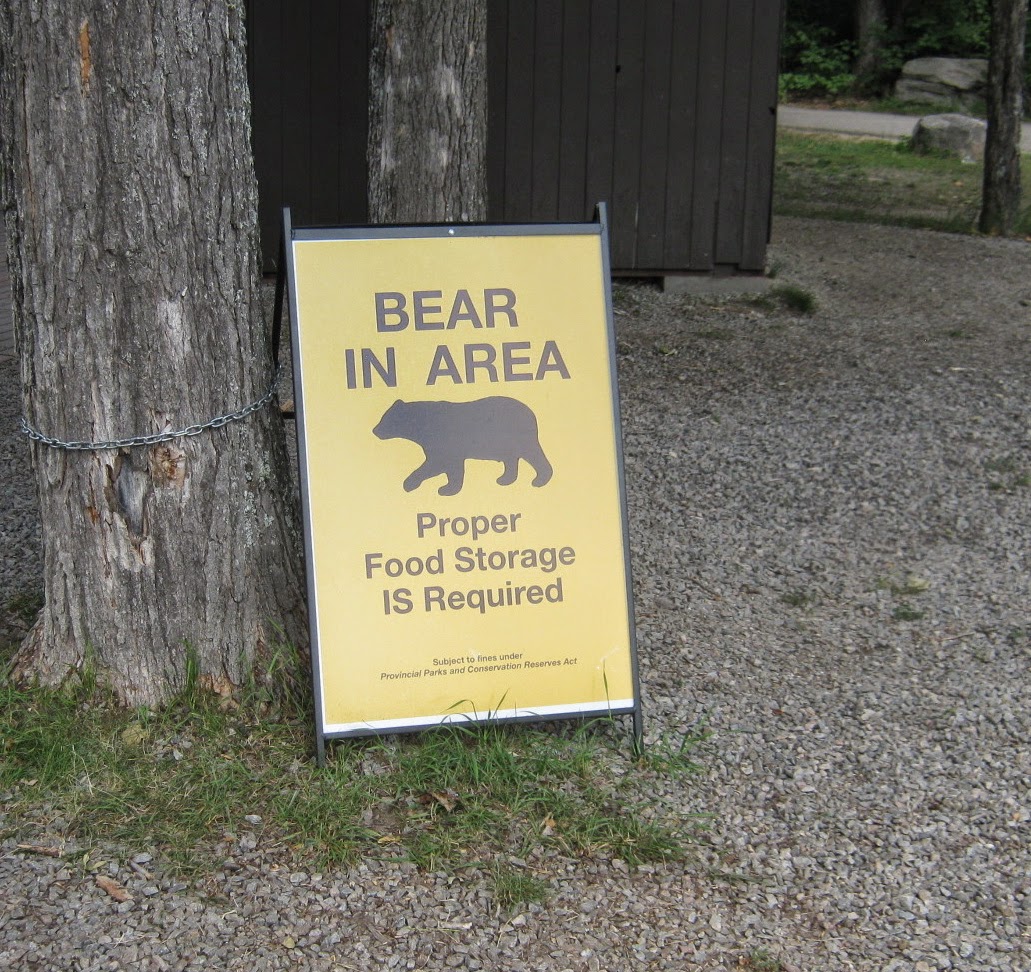 One year, when we were in Grundy Lake Provincial Park, at the very beginning of the season, we came across these tracks in the sand. They look an awful lot like bear tracks to me, but just a little one. 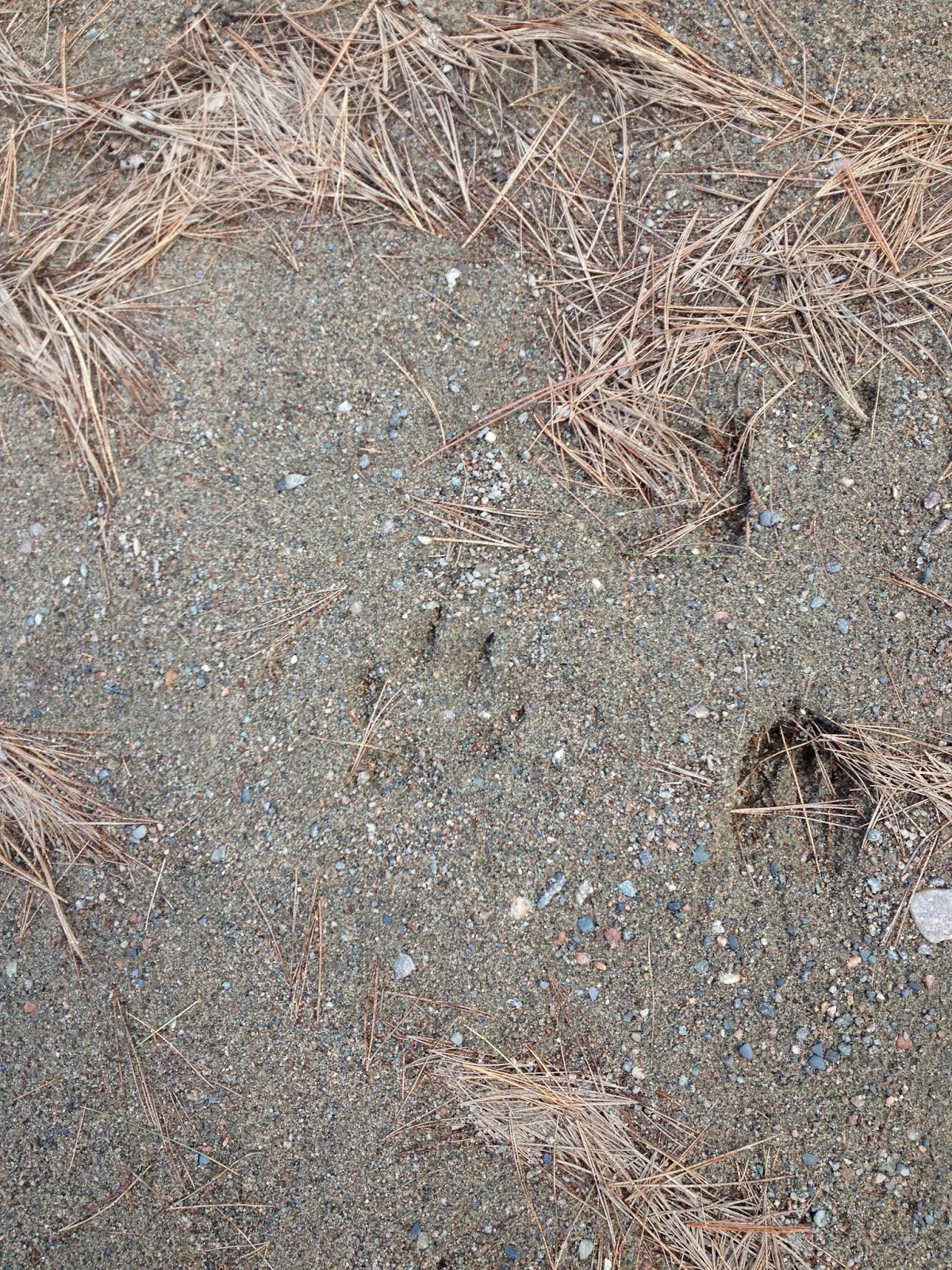 This quilt is going to keep us lovely and warm come the next camping season. We are hoping for a trip out to the east coast next year. Information booklets that I sent away for are starting to come in, and the planning and dreaming begins.