I’m at it again.... taking perfectly good fabric and turning it into Swiss Cheese. 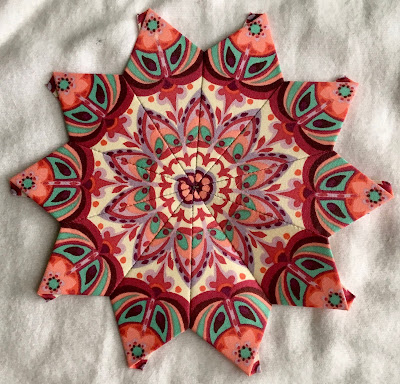 But it is so much fun seeing what the final piece looks like when done. I’m continuing to work on Battle of the Stars from Willyne Hammerstein’s Millefiori 3. 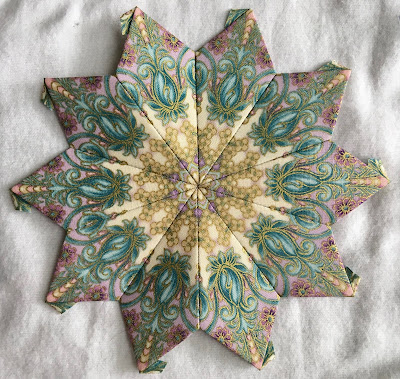 These have been the focus of my slow stitching this week.   I also finished adding all the navy blue background pieces to the centre of the quilt. All of these next round of stars will also have navy blue around them. These two aren’t fussy cut. 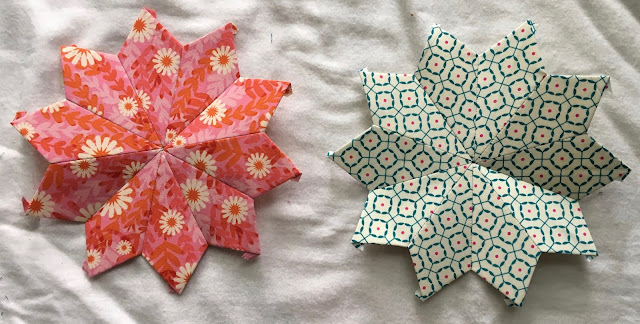 The fabrics were interesting enough to not need to.
Here’s the finished centre with the four stars laid around it. 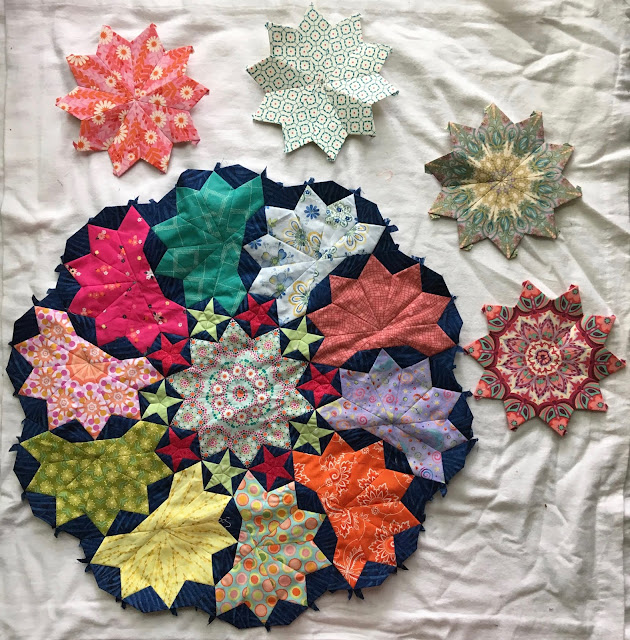 I have six more to do. I’m trying very hard to use fabric I already have rather than buying more.I think I have found a few more fabrics that will work for more fussy cutting. But I think I will fill in with other fabrics that stand well on their own in the mix without the fussy cutting.  Perhaps alternating them around the centre.
I had hoped to spend some time outside stitching this afternoon. But the clouds have moved in and the temperature has dropped to the point where is isn’t  comfortable out there, so I’ll do my stitching in my favourite chair beside the window instead.
I’m linking up to Kathy’s Slow Sunday Stitching