I’ve had a slight change of plans as far as my knitting goes. I wanted to do the shawl Jacinta as a fade design as part of the Eat Sleep Knit second quarter challenge. I cast it on and started knitting away on the first of the month. I’ve gotten as far as changing to the second colour and that’s where the plans sort of fell apart. There isn’t enough of a contrast between the two yarns to show up as a fade from one colour to the next. And I think the third yarn I chose has too much of a contrast to fade properly. I think it will stripe rather than fade.  This is as far as I’ve gotten.  I kept on knitting for a couple of inches with the second yarn just to make sure that my suspicions that it wasn’t working were correct. Now I have to decide whether to rip back to the first colour. So, there may have been three more skeins of yarn ordered today that might work better...... 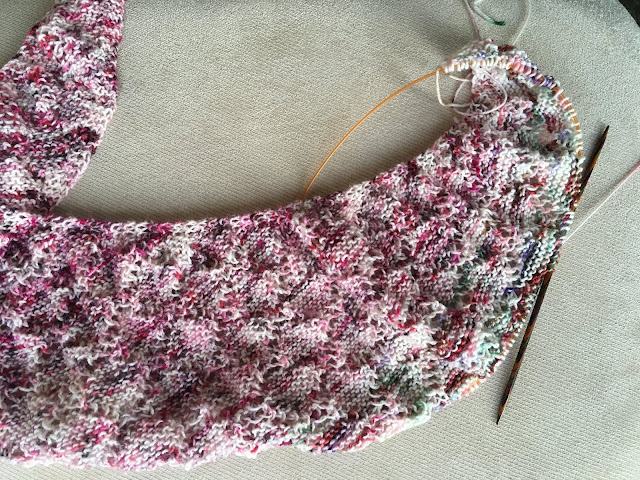 In the meantime while I wait for the new yarn to arrive, I’ve chosen some different yarns for a different fade project. I’m going to make the sweater Spector out of these three blues. 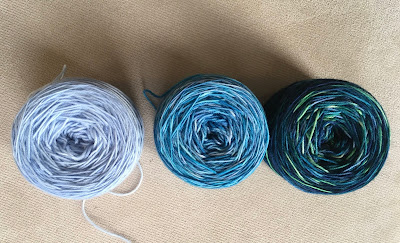 I’ve also been doing a bit of hand stitching on a new project. Judy has reopened her store Cornerstone Quilts and More and has asked if I’d be interested in teaching an English Paper Piecing class. I’m making up a class sample using some of the fabrics she has in her shop. I love the print on the white background. It’s very spring like. 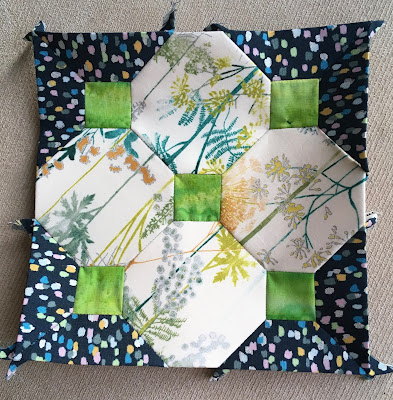 As soon as I have more information about times and dates, I’ll post them here and also my Facebook page. I’m linking up to Kathy’s Slow Sunday Stitching