It went a little slower this past week, and especially on the weekend. Our son in law Matt went to participate in a Half Mudder obstacle course endurance thing this past weekend, and Our daughter Becca went along to watch and cheer him on. We stayed home with their little Abbie.We had lots of fun playing with that darling little girl, but, as usual, it was exhausting. She is a non stop bundle of energy, bouncing from one activity to another. The only thing I have found that keeps her happily occupied is a small wading pool full of water and a bunch of containers. She played at that for at least an hour or more yesterday afternoon. 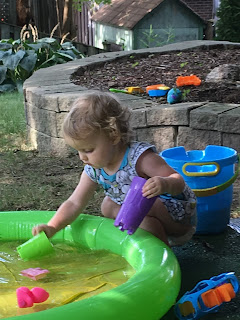 In the meantime, back to Leo’ s Mane. I got some octagons sewn into pairs. 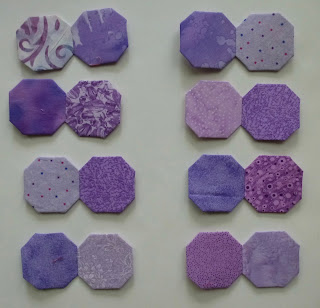 Then half of the pairs got a red square sewn to them. 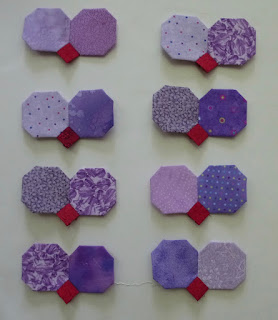 And then pairs without red squares got sewn to those with red squares. 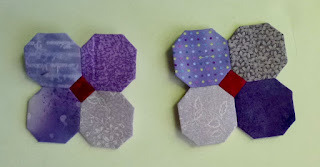 All that’s left now its to sew the corner units on to about ten of the finished four octagons, and this step will be almost done. This post is a sneak peak for future sew along steps.
I’m linking up to Design Wall Monday and to Esther’s WOW on Wednesday