We spent today touring around Ottawa. Before I go any further I have to say that it is a nightmare of a city to drive in. We went around in circles I haven't any idea how many times because the place we were trying to get to couldn't be got to because of one way streets. All I can say is the maps app on my iPad was indispensable. Once we finally found someplace to park the car, we were able to walk to where we needed to be. The goal for our first day was to tour through the parliament buildings. We weren't able to get onto one of the centre block tours, but we did get to go through the east block. Our tour of the East block was for 4pm, so we did a tour of the outside of the buildings first. We've seen these buildings so many times on TV and in pictures, but that doesn't even begin to capture what the look like. There are a lot of statues and monuments around the buildings, as well, none of which made it into pictures on my iPad. Our guide was excellent, giving a fascinating glimpse into the history of our country and the buildings. 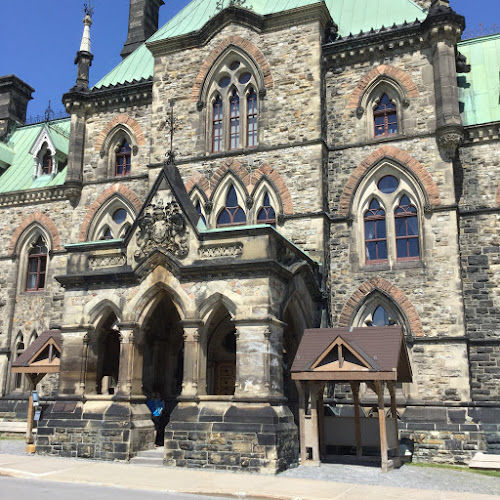 This is the East Block, the oldest of the buildings, dating from the late 1800's. The lighting inside the building wasn't very good, so I didn't get many pictures. But I did get one of the office that the very first Governor General had when the building first opened in the 1870's. 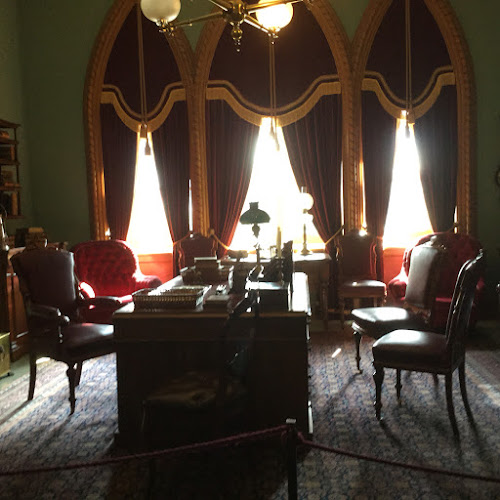 Some of the furniture is original, and some is reproduction. Our guide was very good, and was able to give us some insights as to what it might have been like to actually work in this building then. Very limited central heating then and very large windows and high ceilings would have meant being incredibly cold in the winter.

After we finished our tour of the east block, we headed back to the car, passing the locks for the Rideau Canal on the way. 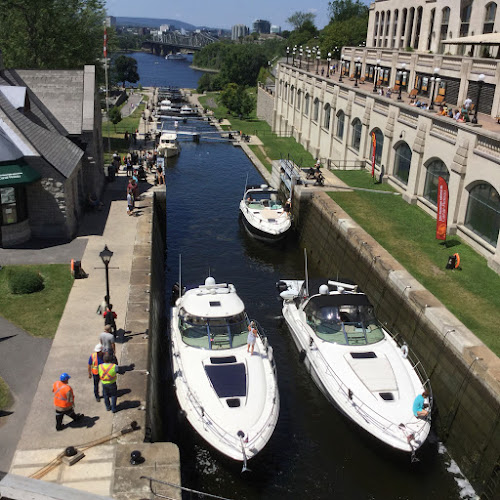 We did a bit more of the driving in circles without being able to get where we were going while we tried to find the National Art Gallery. We did finally succeed, and also discovered the wonderful fact that there is parking right under the gallery. So, depending on the weather, we'll head there tomorrow. There's a sixty per cent chance of rain tomorrow, so it might be a good day to spend inside. We still want to do the tour of the centre block of parliament, and also want to go see Upper Canada Village. Also on the itinerary are a couple of quilt shops that are participating in the Row by Row Experience.

Posted with Blogsy
Posted by Cathy at 21:35