I don’t think there is a whole lot of difference between today’s picture and the last one I took..... not from a distance at least. Sometimes I wonder why I bother with all the backstitching details that don’t necessarily show. But I will never the less persevere on. Yet to be done are the details for the kayakers, their hats and oars and a bit more in the picnic scene. 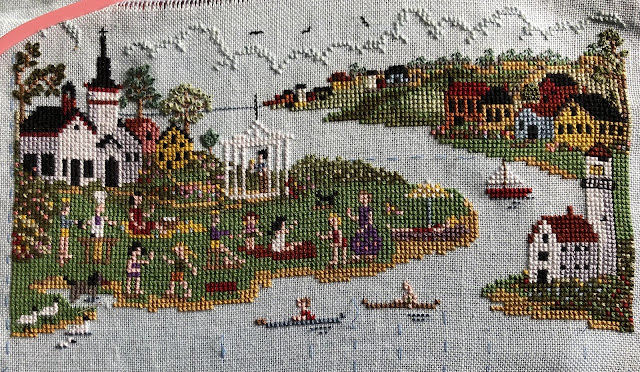 But it is almost there. I’m trying to figure out a Canadian flag to go on top of the gazebo pole. The pattern shows an American flag. It might be as simple as a couple of lines of red on either side of a white centre that has a red cross stitch in the middle of the white. Yep, that sounds like a plan.