I’m still working almost exclusively on my Ariya Sweater for my hand work. There are 43 rounds in the second chart for the yoke of the sweater and I am now on round 27. I work on it mostly in the evenings while binge watching movies or TV on the computer. Recently I’ve been watching Cadfael Mysteries with Derek Jacobi. I like mysteries but I don’t like the ones that have lots of blood and gore. It doesn’t seem necessary to the solving of the mystery and is just disturbing, so I’m selective in the mysteries I watch. There isn’t much to see in the picture of the knitting. 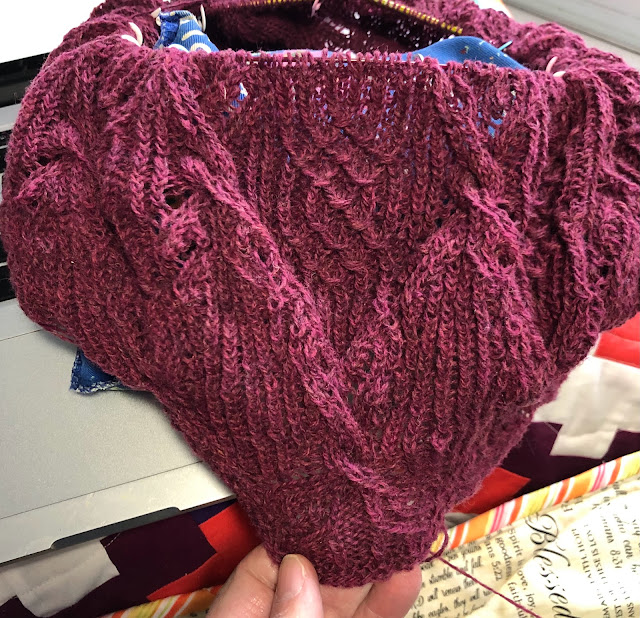 It is difficult to get a decent picture while the stitches are all bunched together on the needles. But hopefully you can get the idea.

I’ve been working on another of my UFO’s over the past few days. A large number of years ago, perhaps as much as ten years ago, The London Friendship Quilters Guild held a nine patch swap. I’ve already made one quilt from them, which was finished back in 2014, but I still had quite a few nine patch blocks left. This month is the time to use them up. Back before we ended up packing and storing away our stuff prior to our move to Muskoka, I had started cutting and sewing pieces for this quilt. The picture is from a magazine put out by the no longer existing Quiltmaker. All the quilts in the magazine were nine patch quilts. I’m making this quilt, although a smaller version of it. 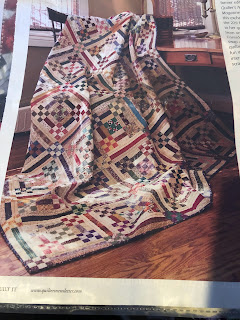 My version will have 12 blocks and just a plain outer border. I have 7 blocks done already. 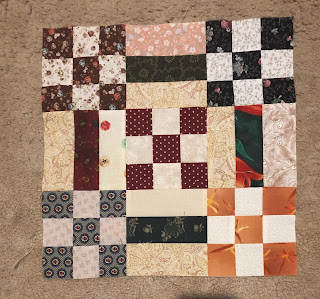 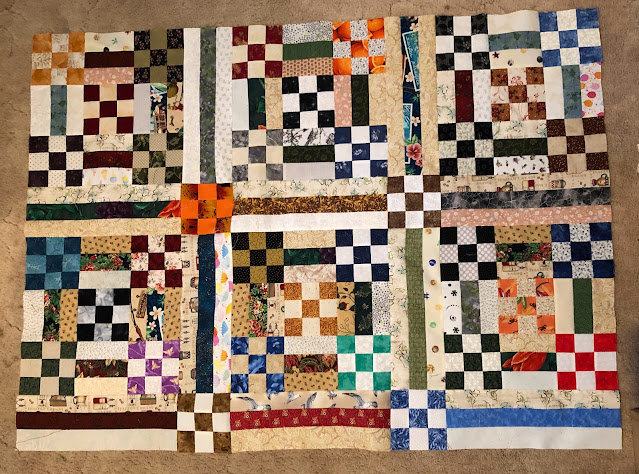 And by the looks of the pile of nine patches, I am going to have some left over, which means I’ll have to figure something else out to do with them. There just might be enough to make 2 of these lap quilts.