I’m doing more half hexagons. It doesn’t look like much has been added, but these things are a fairly good size, so the large pieced hexagons take an evening each to put together. I have decided, I think, to make a strip quilt out of these. The hexagons and the braids will alternate, and then the braids will be an outer border, as well. At least, that’s the current plan. It will likely be years in the execution. This is where it was a couple of days ago. 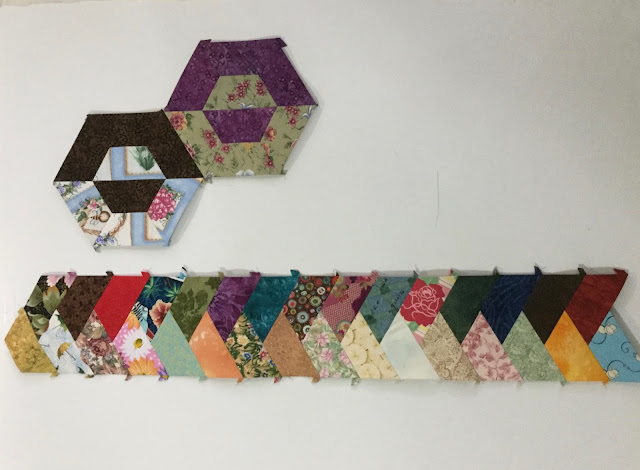 I’ve since taken the two hexagons apart and placed them side by side, as I think the final layout will be.  I have yet to decide what the in between triangles will be. I have lots of time before I get there.

But then again, I could change my mind.....
I’m linking up to Lorna’s Let’s Bee Social and Esther’s WIP’s on Wednesday
It looks like there is some interesting programs on PBS tonight, so I think some more stitching may be in order.

Labels: Half Hexagon Braids, Half hexagons