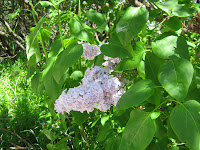 Here we are, in the middle of our week's vacation up near our kids. The internet connection at the campground is a bit erratic, so I haven't been able to do as many posts as I would have liked. This evening, however, we are spending some time at Noel and Laurie's, with the baby and the hockey game. The campground we are at is rather nice. Sometime in the past someone planted scores of lilacs. They are all now in bloom, rather later than usual, due to our late spring. When the breeze blows out of a certain direction, the fragrance is absolutely heavenly. The campground itself is small, and not very busy at this time of year. We don't have the place all to ourselves, but it's pretty close to it. We've had one nice day, yesterday, but the rest of it has been pretty chilly 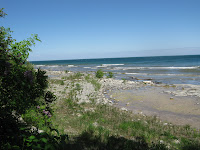 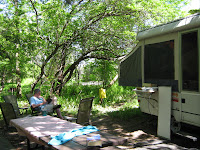 Of course, the main reason for coming up here was to spend time with Noel and Laurie and that precious grandson of ours. Becca and Matt came up on the weekend, and stayed at the campsite with us. Matt wasn't able to get time off when Avery was born, so this was Matt's first chance to meet him. I must say that he looks really good holding a baby. I've been teasing him that Avery needs a cousin. LOL And Becca is thrilled with the baby as well, and wanting one of her own. However, as much as I would love for them to have one of their own, they would be smart to wait a while. 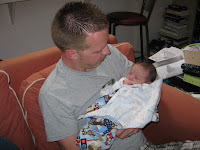 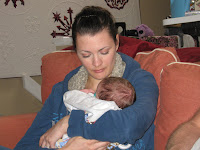 And what would be a post, without a picture of that beautiful boy. 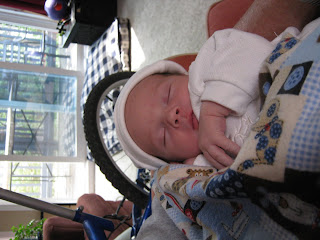